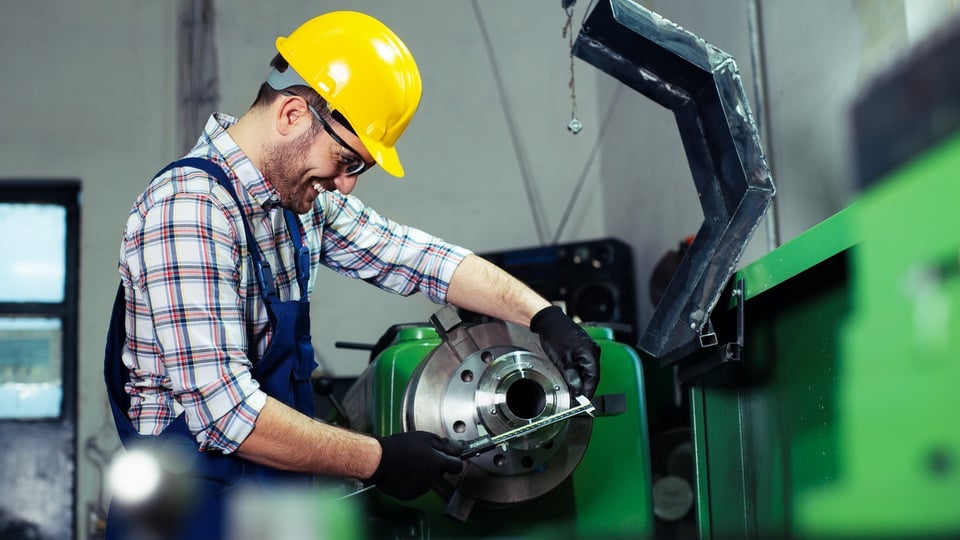 What to Know About Geometric Dimensioning and Tolerancing (GD&T)

Engineers and machining experts are in charge of managing the many variations in our modern manufacturing process. Meanwhile, fabricated items can differ in size, shape, and dimensions from the initial CAD design simply because of routine machining variables. So, experts often use geometric dimensioning and tolerancing, or GD&T, to communicate and control those variations.

Although it sounds complicated, geometric dimensioning and tolerancing is a relatively simple concept. Basically, it demonstrates the allowable variables within a part’s assembly and then standardizes how each variant gets measured. The most complex aspect is often the code used to program machines, communicate information, and ensure manufacturing consistency.

How Geometric Dimensioning and Tolerancing Works

Blueprints must outline and illustrate the dimensions of all features on a part. Next to that, a tolerance value must be specified along with a min/max acceptable limit. Since a part’s tolerance is the difference between its maximum and minimum dimensional variation, some engineered drawings can become complicated.

Thus, a system of symbols was created to effectively communicate the designer’s intent. Minuscule variations may be tolerated on certain parts but not on others. For example, a slightly bent cylinder may not fit into its respective hole because of manufacturing variables. So, machinists must control straightness in a more manageable way than with plus-minus tolerancing.

What GD&T Can and Can’t Do

Before geometric dimensioning and tolerancing was widely used, production was typically limited to strict X-Y axes. As a result, machinists would drill a mounting hole but that hole had to be within a specific area on the workpiece. This significantly limited innovation and stifled productivity on the machine shop floor.

However, precision tolerancing specifications helped define the same hole’s position within a larger circular area in relation to the intended position. In other words, GD&T ultimately eliminated the innate faults of X-Y tolerancing by reducing the chances of producing a false negative. The process is so efficient, in fact, that it was used during WWII and eventually became the standard for all military manufacturing.

NOTE: The American Society of Mechanical Engineers (ASME) defines Geometric Dimensioning and Tolerancing (GD&T) as a standard which concerns the overall geometry of a manufactured product, as opposed to its surface finish, texture, and/or detailing.

The Advantages of GD&T Implementation

All components must come together seamlessly when fabricating functional assemblies, making complex parts, and creating multi-part products. Relevant features must also be specified in a way that streamlines the production process. Unfortunately, guaranteed precision and functionality are often difficult to promise without a GD&T system in place to give developers and inspectors a chance to optimize the design without busting the budget.

Geometric Dimensions and Tolerancing is also beneficial because it describes the designer’s intentions instead of the actual geometry. Much like a vector formula, wherein the product is merely a representation of the actual object, GD&T helps increase a component’s functionality while shortening production lead times and allowing for easier assimilation into existing parts.

When performed by an expert, Geometric Dimensioning and Tolerancing even supports statistical process control, or SPC. It may also help decrease parts rejection rates, reduce the need for enhanced quality maintenance, and cut back on assembly failures. In turn, GD&T plays a key role in preserving the essential resources of an organization.

Guidelines for Geometric Dimensioning and Tolerancing

It’s important for engineering drawings to accurately illustrate a product’s design, dimensions, and tolerances without making the project more complex or restricted than it has to be. So, machinists and engineers generally adhere to the following guidelines:

Incorporating geometric dimensioning and tolerancing is a wise choice for savvy engineers, but it’s not always a simple process. Reach out to KRYTON Engineered Metals to get more information on how it all works or to talk to an expert about the pros and cons.

Tags: Metal Fabrication
Back to Blog

Laser cutting is essential to our booming economy. Innovative ideas are everywhere, and they...
Read More

Metal spinning has played a significant role in manufacturing for centuries. The first examples of...
Read More